Staffell, Scoular and a Collection of Short Stories….Day 102 of Bond 365 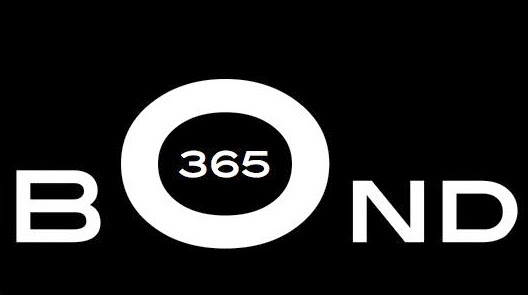 It’s the day after an evening in Los Angeles attending a concert of Rome, Daemonia Nymphe, and Worm Ouroboros that played until about 1:30 AM this morning. A bit of a very late night for me, so I’ve been catching some short naps throughout the day. Throw in the mix two trips to the local veterinary clinic for my sick kitty and I feel like I’m going to need at least another day’s rest in my weekend somewhere.

Back in 1960 this day saw the UK release of Ian Fleming’s collection of short stories featuring James Bond wrapped up in a Richard Chopping cover (a brilliant one at that – love the symbolism!) and titled For Your Eyes Only. This was a departure from the full-length novels that Fleming had been writing, tucking between the release of Goldfinger and Thunderball. The stories included in the collection include “From a View to a Kill”, “For Your Eyes Only”, “Quantum of Solace”, “Risico”, and “The Hildebrand Rarity”.  The format Fleming incorporated may be familiar to English Literature enthusiasts: W. Somerset Maugham.

Fleming originally wrote four of the five stories with the intent that they would be used for television episodes, but the idea was dropped. I’m sure that Fleming was disappointed, since he would have still been trying to realize seeing James Bond manifested on the silver screen. There were some elements and characters that were used in the various Eon Production films. In the case of “Quantum of Solace”, only the title was used for the 22 Bond film.

Carles Staffell’s career in optical and projection effects spanned five decades and included several critically acclaimed and immensely popular and influential. In an article covering the celebration of Pinewood Studios’ 70th anniversary, The Independent had quoted Staffell regarding the development of the “independent frame” technique. Staffell had worked with V C David Rawnsley and inspired Staffell in his own visual effects projection techniques to the point that he was honored with an Academy Award of Merit in 1969. Staffell’s effects would help Stanley Kubrick recreate the Vietnam War in Full Metal Jacket. In addition, the British Society of Cinematographers has a visual effects award named in his honor.

Angela Scoular
Passed away this day in 2011
Agent Buttercup in Casino Royale (1967); Ruby in On Her Majesty’s Secret Service

She attended the RADA and got her first television acting credit in the series No Hiding Place in 1963-1964. In 1967, she was cast in the non-Eon Productions’ Casino Royale as Buttercup and then two years later, she worked in the Eon Productions’ On Her Majesty’s Secret Service as Ruby, one of the ladies at Blofeld’s clinic where she was being cured of her allergy to chicken.

Scoular also acted in theatre with roles in classical and contemporary plays. Her last acting credit was on As Time Goes By as Glenys in 1996. Sadly, her death was self-induced.

Posted by Michele Brittany at 7:05 PM

Email ThisBlogThis!Share to TwitterShare to FacebookShare to Pinterest
Labels: A View to a Kill, Bond 365, Books, Casino Royale, Diamonds are Forever, For Your Eyes Only, Live and Let Die, Octopussy, On Her Majesty's Secret Service